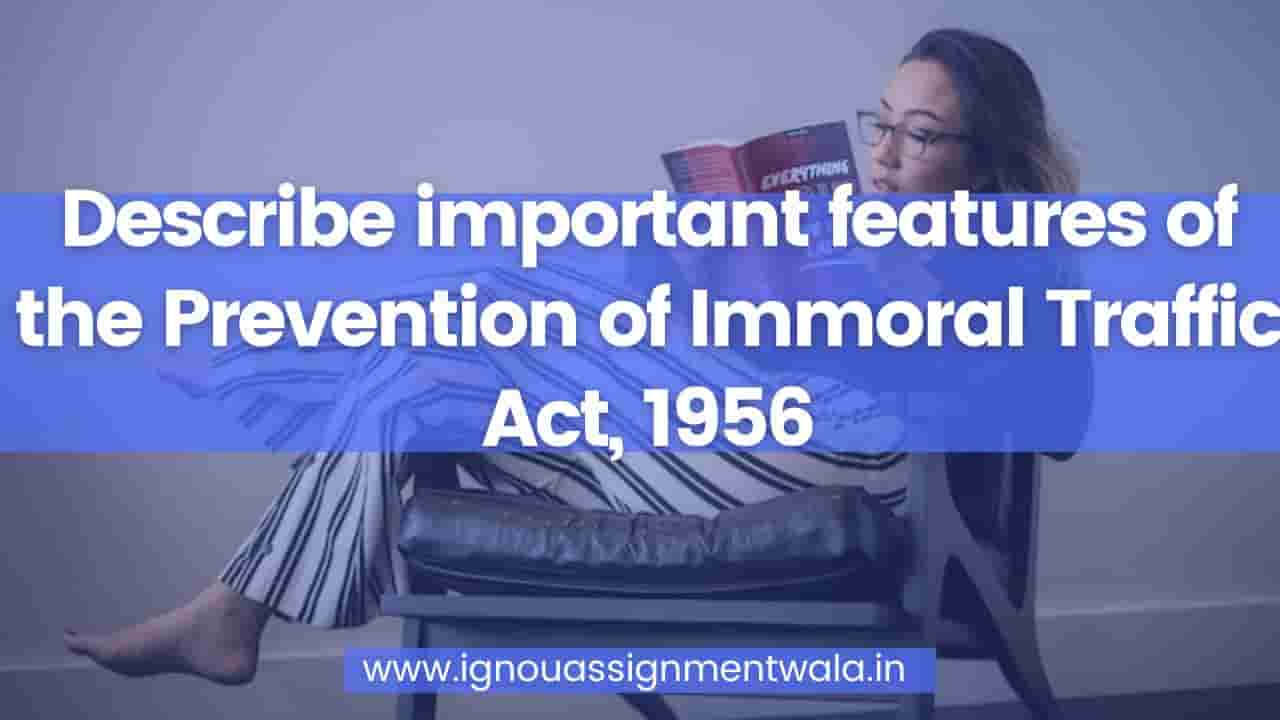 The Immoral Traffic (Prevention) Act or ITPA is a 1986 amendment of legislation passed in 1956 as a result of the signing by India of the United Nations’ declaration in 1950 in New York on the suppression of trafficking.

The act, then called the All India Suppression of Immoral Traffic Act (SITA), was amended to the current law. The laws were intended as a means of limiting and eventually abolishing prostitution in India by gradually criminalising various aspects of sex work.

Despite several amendments and awareness about the horrors of human trafficking, it remains a significant issue for women and children of all ages and backgrounds. Out of an estimated 20 million commercial prostitutes in India, 16 million women and girls are victims of sex trafficking. According to Legal Services in India, every hour, four girls in India enter into prostitution, three of them against their will.

These horrifying numbers showcase how important it is for the Immoral Traffic Prevention Act (ITPA) to be enforced. The Immoral Traffic (Prevention) Act, 1956 (ITPA), is the premier legislation to prevent trafficking for commercial sexual exploitation. The act, then called the All India Suppression of Immoral Traffic Act (SITA), was amended to the current law, punishing any person found guilty of involving a child or woman in any such activity and may be imprisoned for seven years or more.

The Government of India ratified the legislation that was introduced by the United Nations International Convention for the Suppression of Women in Traffic in Persons and of the Exploitation in Others in New York on May 09, 1950. This act, passed in 1956, was called the Suppression of Immoral Traffic in Women and Girls Act, 1956 (SITA).

In addition to the Immoral Traffic (Prevention) Act, the Indian government has some major initiatives to help safeguard the interests of women and children. These include: