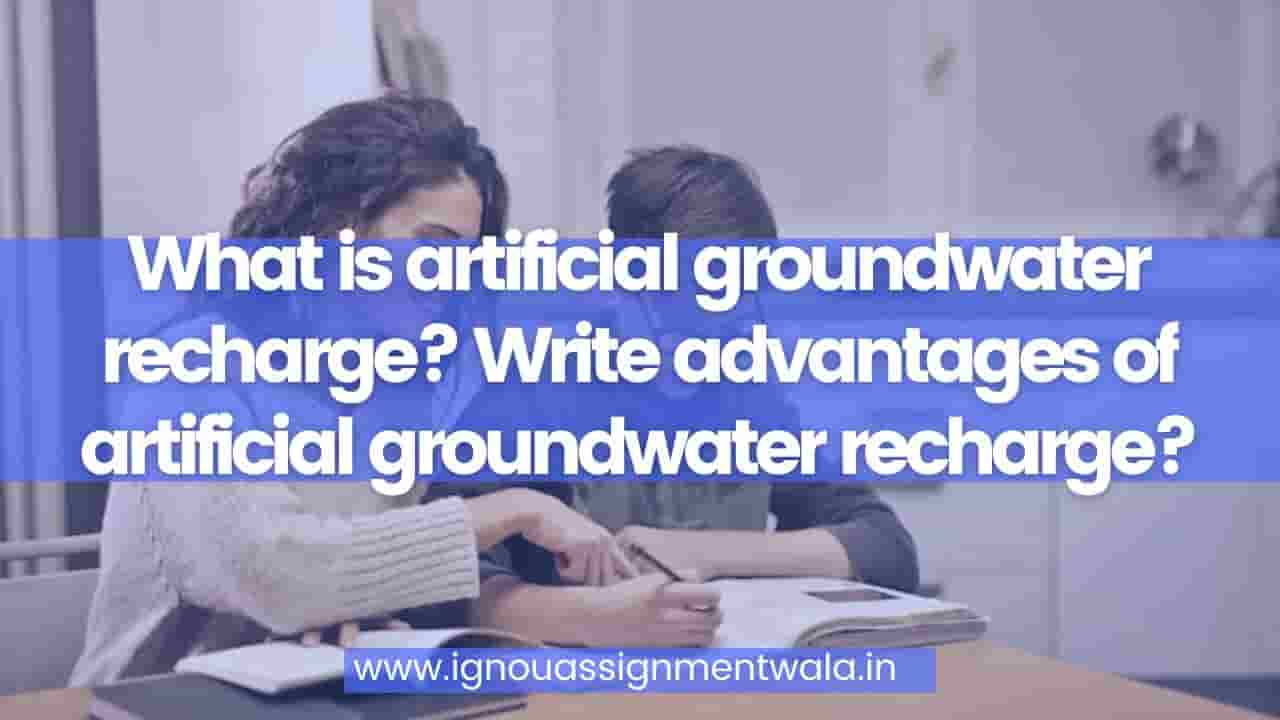 One result of the growing competition for water is increased attention to the use
of artificial recharge to augment ground water supplies. Stated simply, artificial
recharge is a process by which excess surface water is directed into the ground—
either by spreading on the surface, by using recharge wells, or by altering natural
conditions to increase infiltration—to replenish an aquifer. Artificial recharge
(sometimes called planned recharge) is a way to store water underground in times
of water surplus to meet demand in times of shortage. Water recovered from

recharge projects can be allocated to nonpotable uses such as landscape irrigation
or, less commonly, to potable use. Artificial recharge can also be used to control
seawater intrusion in coastal aquifers, control land subsidence caused by declining
ground water levels, maintain base flow in some streams, and raise water levels to
reduce the cost of ground water pumping.
It is useful to think of the entire artificial recharge operation as a water source
undergoing a series of treatment steps during which its composition changes. The
constituents of potential concern depend not only on the character of the source
water, but also on its treatment prior to recharge (pretreatment), changes that
occur as it moves through the soil and aquifer (soil-aquifer processes), and
treatment after withdrawal for use (posttreatment).
This report discusses three types of source waters having very different
characteristics—treated municipal wastewater, stormwater runoff, and irrigation
return flow—that have been proposed for use in artificial recharge. Normally, each
of these source waters needs to be subjected to some kind of pretreatment before
being introduced into the soil or aquifer. The exact pretreatment operations
required depend on the type of source water, the nature of the recharge
process, and the intended use of the recovered water. A fundamental assumption
of this report is that wastewater used to recharge the ground water must receive a
sufficiently high degree of treatment prior to recharge so as to minimize the extent
of any degradation of native ground water quality, as well as to minimize the need
for and extent of additional treatment at the point of extraction.
After pretreatment, the water is ready for recharge, either through surface
spreading and infiltration through the unsaturated zone or by direct injection into
ground water. Recharge by infiltration takes advantage of the natural treatment
processes, such as biodegradation of organic chemicals, that occur as water moves
through soil. The quality of the water prior to recharge is of interest in assessing
the possible risks associated with human exposures to chemical toxicants and
pathogenic microorganisms that might be present in the source water. Although
one can reasonably expect that such constituents will often be reduced during
filtration through the soil, as well as subsequently in the aquifer, a conservative
approach to risk assessment would assume that toxicants and microorganisms are
not completely removed and some are affected only minimally prior to subsequent

extraction and use. Thus when recharge water is withdrawn later for another
purpose, it may require some degree of posttreatment, depending on its intended
use.