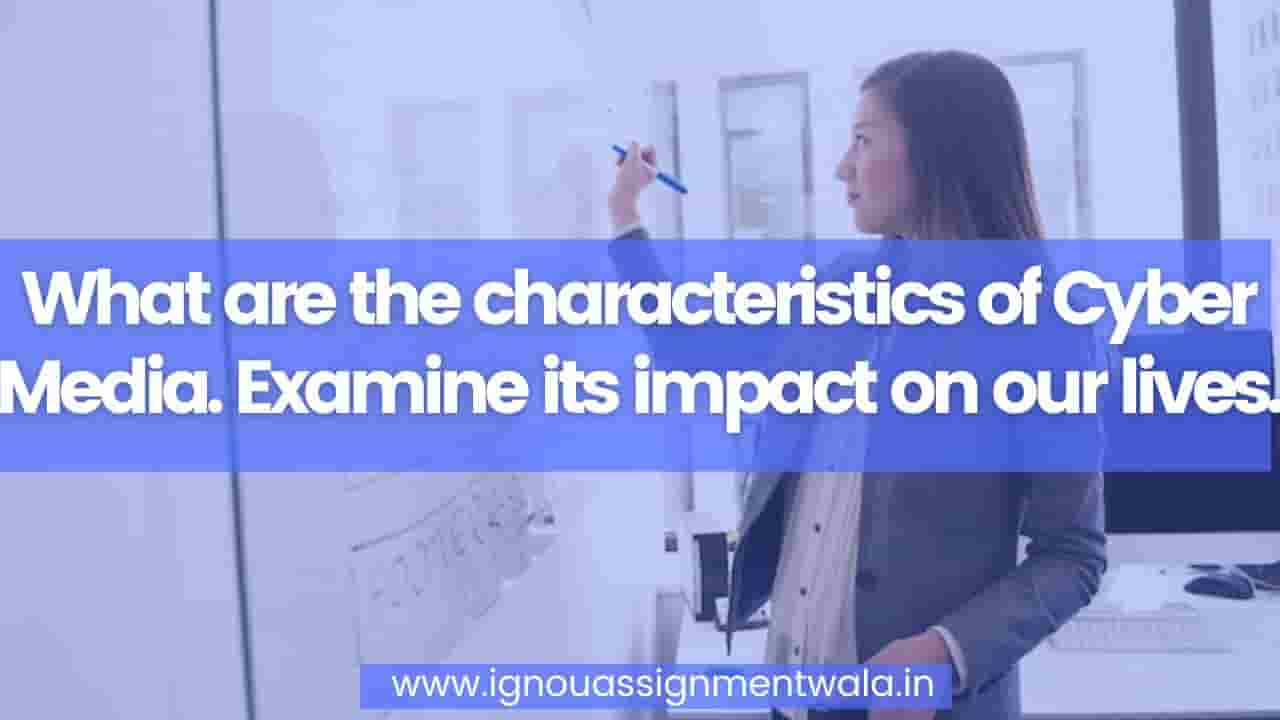 What are the characteristics of Cyber Media. Examine its impact on our lives.

Cyber media is the new media as differentiated from the old or traditional or
conventional media. Whereas cyber media consists of the internet mobile phones,
social networking sites, emails etc., conventional media comprises the broadcast
media (radio and T.V.) and the print media (newspapers and magazines). Sometimes,
the users of conventional media take the help of Cyber media as well for the success
of their stories. For instance, they get information for their stories from the Internet
or depend on the images and videos on their mobile phones or on information from
their emails to cover stories that are hard to access. Even the BBC prefers its
correspondents to be well versed in both traditional as well as online media

Some characteristics of Cyber media are as follows:-

Hypertextuality is one of the major characteristics of Cyber media. Any
information on the net can be substantiated by other relevant material, linking
web pages in one website to those of any other website on the World Wide
Web.
• Online readers have the option to interact with Cyber writers in any and every
website in the World Wide Web. Online readers can give their views and receive
replies from the Cyber writers instantly.
• Cyber media is multimedia as one can supplement ones content with video
footage, images, pictures etc.
• Cyber media is accessible twenty-four hours a day. A web page can be accessed
by anyone though the Internet at anytime. It is, therefore, not time-bound and
has no time limitation.

*Cyber media also has no space limitation as it is borderless. Users of this
media in any part of the world can access information or communicate with
anyone without restrictions of borders that divide countries.
• The new media is much more difficult to regulate and censor, unlike the old or
the traditional media. It is difficult to censor or silence Cyber media as
governments cannot easily prosecute someone for posting links on a social
networking site or intercept emails, or close down websites or take legal action
against Internet service providers. The governments also do not have the
infrastructure to control the vast amounts of information flowing constantly
through the wide spread networking sites and websites.
• New media, that is Cyber media, is often audience-created and user-driven.
• Cyber media uses digital, online and mobile technology

Tags: ignou bag, What are the characteristics of Cyber Media. Examine its impact on our lives.