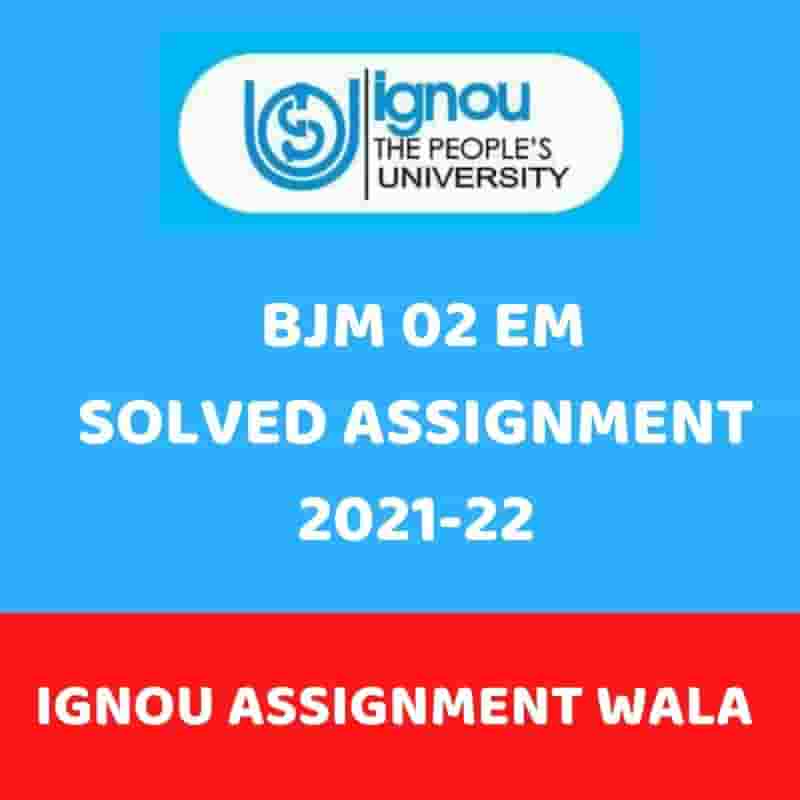 1) What are the parameters to select a suitable place for setting up a  Community Radio Station?

The Studio as you may be aware isthe place where your programme is recorded and also played back for broadcast – that means there are two kinds of studio -one for recording purposes and another for broadcasting. In a small economic set up like a community radio, these two kinds of studio can be combined. We will however explain each kind of studio separately, presuming that the radio station has space as well as fmance for two studios –  one for recording and another for broadcasting.

Studios in a professional radio station are acoustically treated. This is done to ensure that there are no excessive sound reflections (‘ cathedral effect’). Sound-proofing is done by special treatment of the walls of the studio. In a professional set up, the walls are covered with perforated cardboard tiles or other acoustic material backed by 1.5″ thick glass wool  layer. Figure below illustrates the design of a typical sound studio.

A broadcast studio is the place where participants of live programmes come and perform.  Sometimes aCR Station installs a multi-purpose studio where recording as well as broadcast  can be done and has a small playback studio or ROR (Read over Room) which is used by  the announcer/anchor to present the live broadcast This studio houses audio play back  equipment such as CD players, Tape Decks, MD Players, turn tables, CTRs(Console  Tape Recorders), computers (Digital Audio Workstations), presenter microphone(s) and  phone-in- unit/telephone hybrid to conduct interactive programmes.

Edit Console
This is the place where a programme is given fmal shape and made ready for broadcast.
This area needs air-conditioning as well as dust free conditions as it houses computers that
may require operation for long hours. The functions of an Edit Console can also be
performed in a multi-purpose studio, during the off period when no recording or broadcast
is taking place. Editing is another important part of the station’s technical set up. Once
Editing used to be done using interconnected recording machines but these days there are
several extremely useful software which make the craft of editing much easier and less
prone to quality fall due to generation loss.

The Broadcast Chain
The broadcast chain is the link between the different equipments of a radio station set up.
The figure below illustrates a typical broadcast chain:
The microphone is the beginning ofthe broadcast chain and is the most vital piece of
equipment. Microphones are available in different categories and price ranges. They are
categorized by their construction, sensitivity and frequency response.

Other Technical Considerations
In a CR Set up, the OB (‘outdoor broadcast’) equipment is very important. A good quality
compact cassette recorder is perfectly adequate for recording interviews, conferences
and meetings. The technical quality such an equipment is however not good enough for
recording livemusic or sound effects. Minidisk systems are considered too fragile for field
recordings as there are prone to get disturbed with fluctuations in temperature, humidity
and dust conditions. Professional digital flash memory recorders are the recording systems
of the future. They a~eavailable in various models and have excellent features like no
mechanical noise, fast transfer of recorded material to PC via USB port for editing, and
ability to select different recording formats

Internet is one of the most popular and powerful tool for access to information. Apart from
downloading the audio, many community radio stations are using the power ofintemet
through ‘Radio Browsing’. In Radio Browsing, the anchor at local CRS accesses useful or
on-demand information through internet on the computer and shares itwith the listeners in
their local language, thus breakingthe language/literacy barrier.The satellite services,through
VSAT are at present costly option for CRS.

A radio station also broadcasts programmes of different types. These different types of programmes a
The requirements of listeners of radio stations are not the same. To serve them, we need to know many facts about them. So  we should know about the audience:
(a) The total population of the area.
(b) Number of men and women — Sex ratio
(c) Literate people/Illiterate people
(d) The languages spoken in the area.
(e) Schools/Colleges
(f) Children going to school
(g) Health facilities — availability of doctors, primary health centre, clinics,hospitals.
(h) Any major diseases
(i) Religions in the area-population wise
(j) Power supply
(k) Nearest radio stations/Television stations
(l) Climate of the place
(m) Main occupation of the people
(n) Income per head/people below poverty line
(o) Roads/transport facilities
(p) Irrigation facilities
(q) Number of people engaged in agriculture/other occupations.
(r) Types of crops.

The radio stations are  Vividh Bharati, AIR, FM Gold or some private commercial station. .  Announcements have been traditionally made by people who are known as announcers. The commercial radio channels may call them Radio Jockeys (RJs) or anchor persons.

The ingredients of a radio format.
A Radio format can be split into three parts: They are:-
(a) Spoken Word or Human Voice
(b) Music
(c) Sound Effects

3) Describe the management structure of a CRS.  Explain how duties  and responsibilities are assigned.

Community mapping and resource mapping activity should precede planning the functions
ofthe community radio station, to meet the community needs. Community Radio stations
should carry this out as their first and foremost activity. To start with, they could carry out
an initial mapping. After this, one can develop strategies for action and fmding additional
resources. The mapping can be done by survey with a formal questionnaire, group
discussions, interviews with community leaders and members.

4) What are the sources of income for a community radio?

Advertising makes up a major part of radio station revenue, both on-air as well as via station websites, social media profiles and streaming services. For example, stations sell airtime to companies that wish to reach the audience with messages about their products or services. Spots vary in price depending on their length, the time of the day they run and the show during which they air. The positioning of each spot can also impact its value, with those aired immediately after the show moves to commercial and immediately before it returns commanding the highest prices. In some cases, advertisements are read by on-air personalities in hopes that more people will pay attention when their favorite host is the one speaking. These spots tend to cost more than the traditional commercial.

Traditional ad sales has become a challenge for many radio stations, as they compete against streaming services such as Spotify and Pandora. As a result, radio station managers have looked to other revenue models, such as selling graphic ads on the radio website or to participate in advertising networks and affiliate programs. Radio stations that receive distribution via social media sites, such as YouTube, or streaming services may participate in revenue generation programs that allow the service to run ads before or during the streamed programming.

Radio stations often hold special events, sometimes on their own and sometimes in concert with advertising partners. These sponsored events serve the dual purpose of attracting new listeners to the station and bringing in extra revenue through ticket sales and merchandising. Many talk radio stations will hold annual cruises or gala dinners during which on-air personalities will mingle with listeners, give speeches and generally let the public into their world. Tickets can be at a premium depending on the venue and the guests, and the proceeds earned by the station can be substantial.

Radio stations are always on the lookout for the next big on-air personality, in part for the ratings and ad dollars it will bring the station and in part because of the potential for syndication that a popular show offers. Radio stations are able to sell the rights to air one of their shows to other stations in exchange for big money. Other stations are eager to fill their airtime with well-known, popular shows and often will bid against one another for the privilege to do so. The bigger the show and the more markets it reaches, the more the host and her contracted station stand to make.

Selling Newscasts to other Radio Stations

Radio stations with a news focus sometimes sell hourly feeds and direct news wire product to other stations around the country. The idea is to eliminate the need for every station to manage its own staff of reporters and news anchors to create an hourly broadcast and breaking news updates.

For example, NBC News Radio offers a national radio service that features NBC reporters delivering individual news stories piecemeal and hourly newscasts available through integrated services digital network, or ISDN, line to stations around the country. Each station can decide to purchase the feed and run the news as its own during the appropriate time slots. These news services are offered by several different stations and bring in a good deal of revenue.

5) Discuss the relevance of feed back from the audience that comes to  a Community Radio Station.

Community radio can play a significant role at the grass roots level for rural development. For instance, issues of poverty, agriculture, gender inequality, education, social problems among others could be the focus for programming. In exploring the importance of sharing information locally and the opening up of wider information networks for farmers in Northern Ghana with reference to vernacular radio programmes, Chapman et al  (2003) found that rural radio is effective in improving the sharing of agricultural information by remote rural farming communities. Radio in this regard provides a set of participatory communication techniques that support agricultural extension efforts by using local languages to communicate directly with farmers and listeners’ groups. Using the Most Significant Change (MSC) process, Walters et al (2011) assessed the impact of community radio in Indonesia and concluded that effective radio activities can make a significant change in a community’s life. The MSC methodology has its origins in community health development debates. It has recently been applied to community radio impact evaluation. By the MSC process, community members provide feedback in the form of stories describing the desirable change in their life as a result of the activities of the radio.

Through media skills training and access to the airwaves, a community radio facilitates a number of capacity building activities. The exchange of information, networking of groups, the provision of skills and training and these undoubtedly are key elements of developing a community. Again, a radio facility for a community facilitates the promotion of awareness of community groups and facilities in the area as well as providing the avenue for the empowerment of these groups to use radio to promote themselves and to speak directly to the community. For its proximate location to its clients a Community Radio serves a local community of its interest. It is accessible to the community in terms of ownership, decision making and programme output. In majority of cases, programming is produced by the community, with focus on local concerns and issues. Unlike in the case of the mainstream media, rather than merely talking about the community, the people themselves make the programmes. This strengthens local culture with the recognition that this is their station; it becomes a forum for a wide diversity of local opinions and views. Sterling el at (2007) provided evidence that female community radio listeners are given a voice with which to respond to programming and to create programming content. The authors estimated the cost of excluding women from ICT for development and explored how community radio represents an opportunity for inclusion. By employing the principles of Participatory Action Research (PAR), the authors found that women will be more likely to benefit from technology-mediated opportunities for development if they themselves produce information that contributes to their advancement, rather than simply consuming information provided by others .