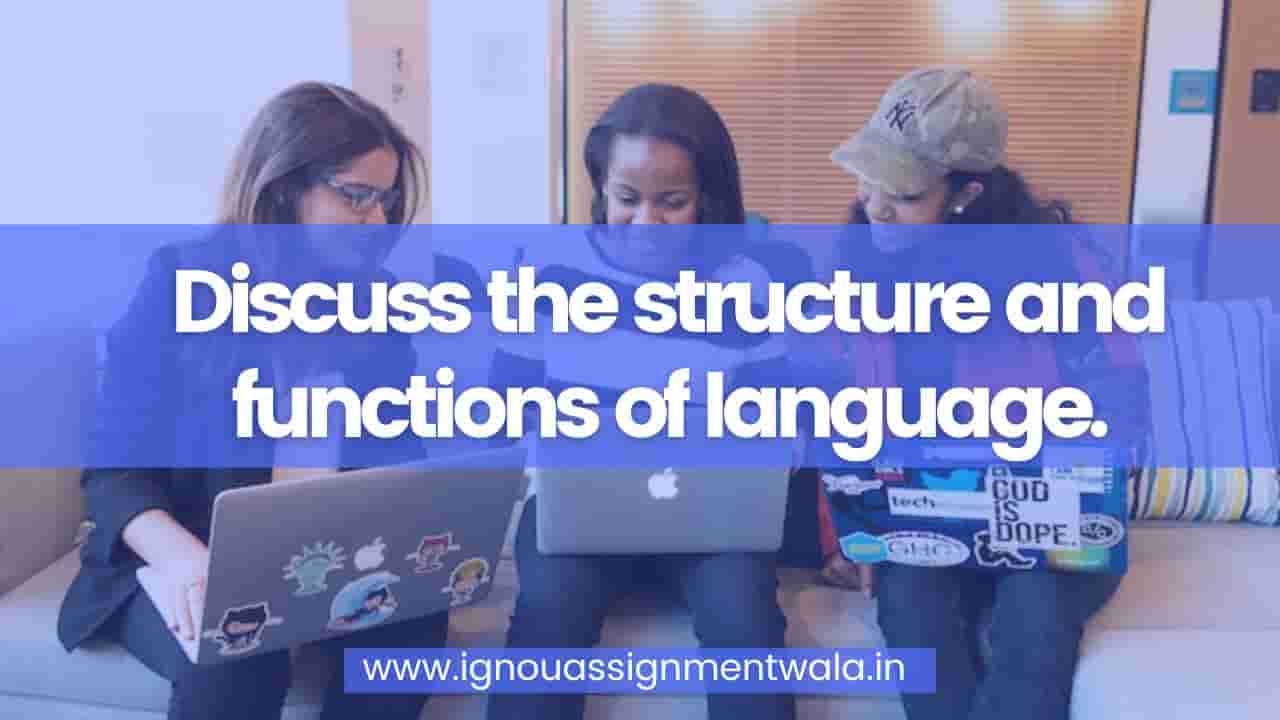 The Structure of Language

Language is a system of symbols and rules that is used for meaningful communication. A system of communication has to meet certain criteria in order    to be considered a language:

A language uses symbols, which are sounds, gestures, or written characters that
represent objects, actions, events, and ideas. Symbols enable people to refer to
objects that are in another place or events that occurred at a different time.
A language is meaningful and therefore can be understood by other users of that
language.

A language is generative, which means that the symbols of a language can be
combined to produce an infinite number of messages.

A language has rules that govern how symbols can be arranged. These rules
allow people to understand messages in that language even if they have never
encountered those messages before.

The Building Blocks of Language

Language is organised hierarchically, from phonemes to morphemes to phrases
and sentences that communicate meaning

Morphemes are the smallest meaningful units in a language. In the English
language, only a few single letters, such as I and a, are morphemes. Morphemes
are usually whole words or meaningful parts of words, such as prefixes, suffixes,
and word stems.

Example: The word “disliked” has three morphemes: “dis,” “lik,” and “ed.”
Syntax is a system of rules that governs how words can be meaningfully
arranged to form phrases and sentences.

Example: One rule of syntax is that an article such as “the” must come before a noun, not after: “Read the book,” not “Read book the.”

What is IGNOU igram ?