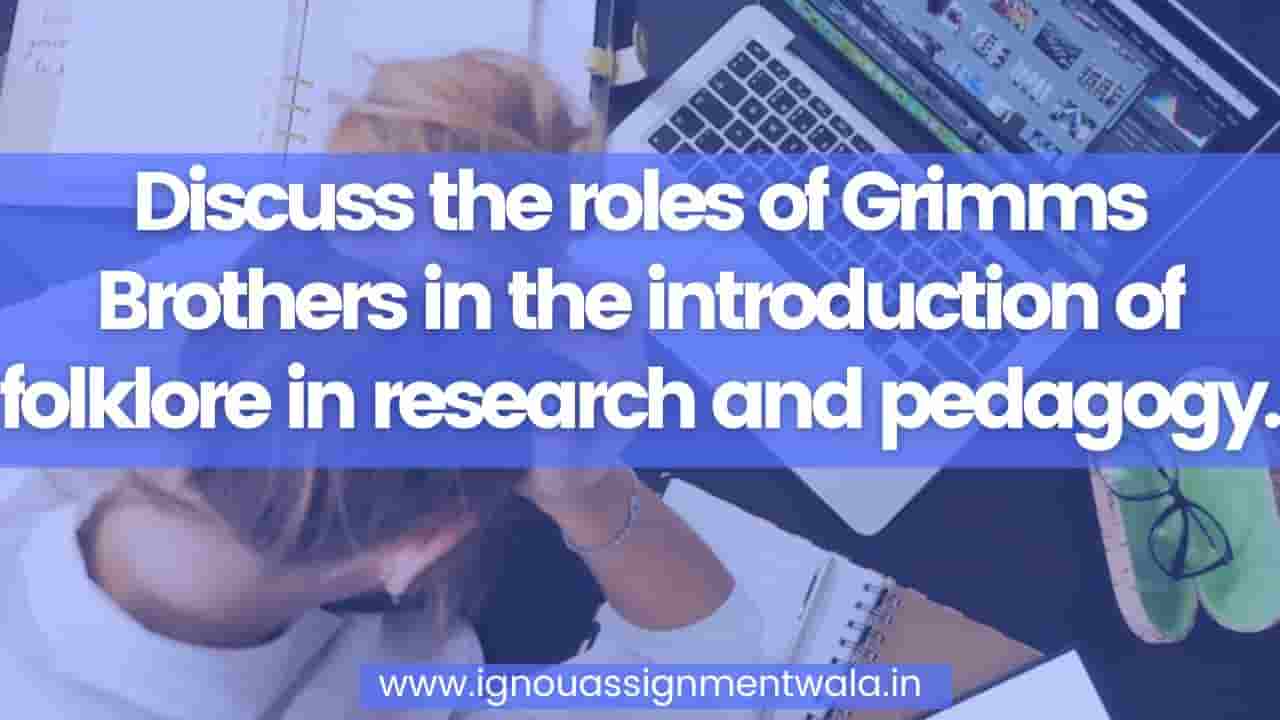 The history of folklore studies began in the 19th century. However, one can trace
its roots back even further. According to Max Muller, it is said that all races find
their origin in certain basic tribes, originating from the ancient Medes or the
Persians. Certain linguistic, physical, social and cultural symbols seem thus to
be common. The word father, for example can be seen in the German vater, old
German fatar, Greek and Latin pater and Sanskrit patar or Petri. Hence, we can
determine how folk speech and utterances had some common generic roots. It is
also said that certain folklore ideas of modern European nations belong to
paganism and Hinduism.
Systematic study of folk material began from the 18th century onwards. Johann
Gottfried von Herder, a famous scholar in his famous book Stimmen der Volker
in Liedern (1778-79) had used the term Folk with Volk and described folk songs
as Volkslied, Volksseele as the soul of folk and Volksglaube as the belief. He saw
in the arts of common people a reflection of nation state and its consciousness.
It was after the 18th century that the study of folklore began as a separate discipline
and got due importance. The contributions of the Grimm brothers who published
their work in 1812 cannot be undermined. They used the term Volkskunde for
folklore.
The term ‘folklore’ was established by a Briton, William Thoms in 1846.
Nationalistic fervour and patriotism gave folklore a special impetus, as it was
felt by many, for the need to save and document their cultural heritage. As a
result, many national societies in folklore came into existence in the 19th century.
The English folklore society was formed in 1878 and the American in 1888.
Folklore has thus played a veryimportant role in cultivating and creating a national
identity and consciousness amongst the people.
From the definitions of Thoms, the word folklore is now an internationally
accepted word. It should be noted here that the term Volkskunde is increasingly
avoided in Germany as Hitler used it for propaganda reasons. Many scholars
especially from LatinAmerica associate folklore with colonial imperialism. They
prefer the term popular antiquities. In India we see that this term is strongly
associated with Janapada or Lok. At the same time folklore studies is strongly
nationalistic in content. The folklorists have always set out to collect, preserve
and document their national heritage.
During the 19th and the 20th century scholars studied songs, tales and games and
defined them as folklore. However, today it includes as wide range of meeting
points and comprise of a large range of oral and verbal practices as well as material
performances including songs, theatre, weaving as well as something like building
houses and cooking.