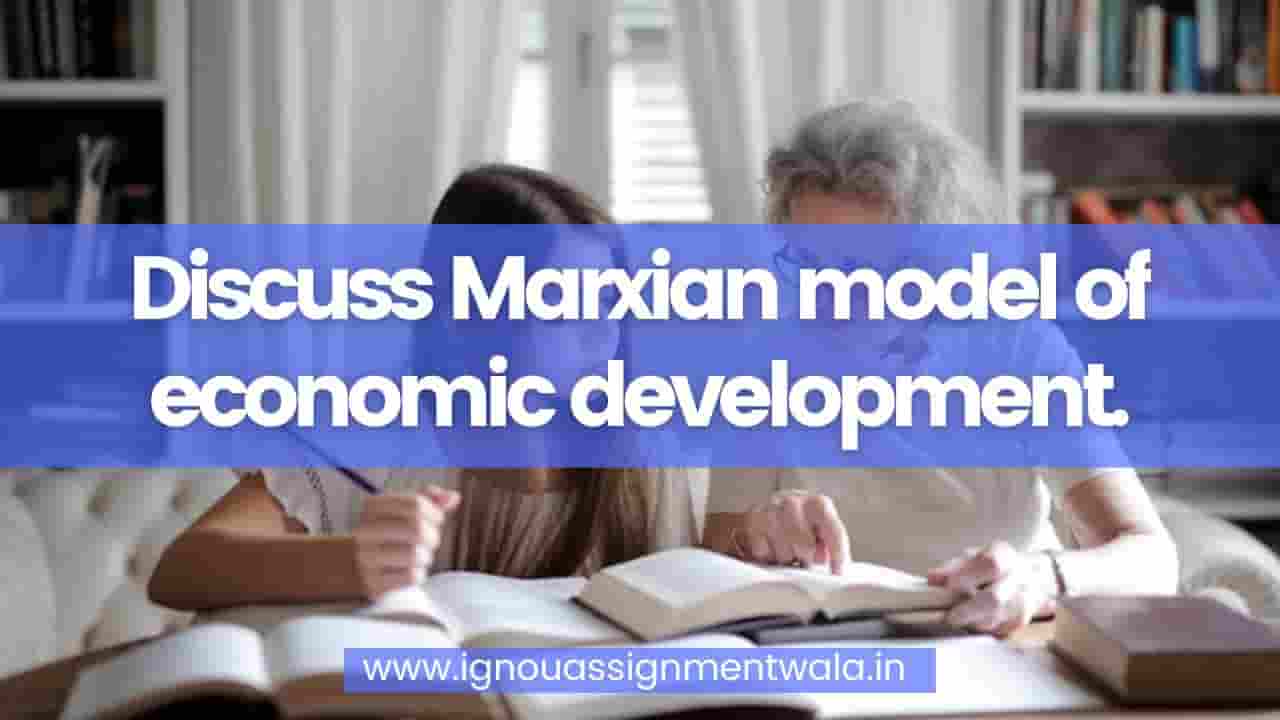 Karl Marx, the father of scientific socialism, is considered a great thinker of history.

He is held in high esteem and is respected as a real prophet by the millions of people.

“Marxism is a religion. To an orthodox Marxist, an opponent is not merely in error but in sin”.

He is regarded as the father of history who prophesied the decline of capitalism and the advent of socialism.

The Marxian analysis is the greatest and the most penetrating examination of the process of economic development. He expected capitalistic change to break down because of sociological reasons and not due to economic stagnation and only after a very high degree of development is attained. His famous book ‘Das Kapital’ is known as the Bible of socialism (1867). He presented the process of growth and collapse of the capital economy.

Assumptions of the Theory:

Marxian economic theory of growth is based on certain assumptions:

1. There are two principal classes in the society. (1) Bourgeoisie and (2) Proletatiat.

2. Wages of the workers are determined at subsistence level of living.

4. Factors of production are owned by the capitalists.

5. Capital is of two types: constant capital and variable capital.

7. Labour is homogenous and perfectly mobile.

8. Perfect competition in the economy.

9. National income is distributed in terms of wages and profits.

In Marxian theory, production means the generation of value. Thus economic development is the process of more value generating, labour generates value. But high level of production is possible through more and more capital accumulation and technological improvement.

At the start, growth under capitalism, generation of value and accumulation of capital underwent at a high rate. After reaching its peak, there is a concentration of capital associated with falling rate of profit. In turn, it reduces the rate of investment and as such rate of economic growth. Unemployment increases. Class conflicts increase. Labour conflicts start and there is class revolts. Ultimately, there is a downfall of capitalism and rise of socialism.