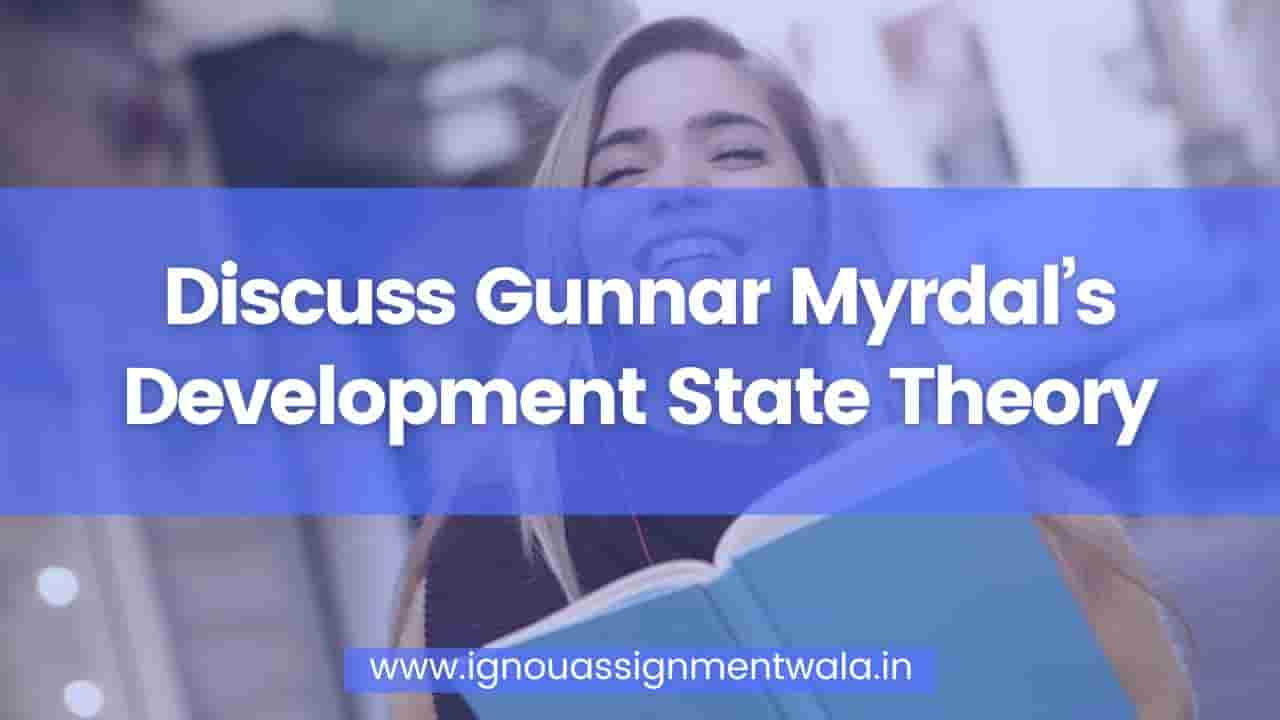 Gunnar Myrdal is an outstanding contemporary development theorist. His illustrious book “The Asian Drama” and another book, “Economic Theory and Undeveloped Regions” give an understanding about his argument on the caves of underdevelopment in underdeveloped countries and how the role of state is instrumental to promote institutional reforms for raising development.

Like population, the capital also moves from the poorer regions to the prosperous regions, because capital investments in the developed regions as compared to the underdeveloped regions are more secure and the rate of return is high. In  other words, the scope for better investment is more in advanced regions than those of backward regions of the underdeveloped countries; this attraction towards developed region creates capital shortage in backward regions. Myrdal(1957) observes that ‘studies in many countries have shown how the banking system, if not regulated to act differently, tends to become an instrument for siphoning off the savings from the poorer regions to richer and more progressive ones where returns to capital are high and secure”.

According to Myrdal, a crucial difference found between the advanced countries and the poor countries, is the existence of strong state in the former and the weak (or soft) in the latter (Myrdal, 1970). With the help of strong state, advanced nations formulate and implement a coherent national policy which helps economic growth and development across the regions of the country. On the other hand, in the poor countries, the State lacks effective policies to either ensure that there is a movement toward national economic integration or to address the impact of backwash effects (Cypher and Dietz, 2006). Myrdal observed that political power is largely concentrated in the hands of top social strata in the underdeveloped countries. These elite groups through their money and muscle power accumulate all power and do not fear and even violate state power through muscle, money and political maneuvering. These people escape punishment by adopting means of political
pressure on the bureaucracy and other executive functionaries.

Discuss the roles of Grimms Brothers in the introduction of folklore in research and pedagogy.

How to make ignou bts project ?